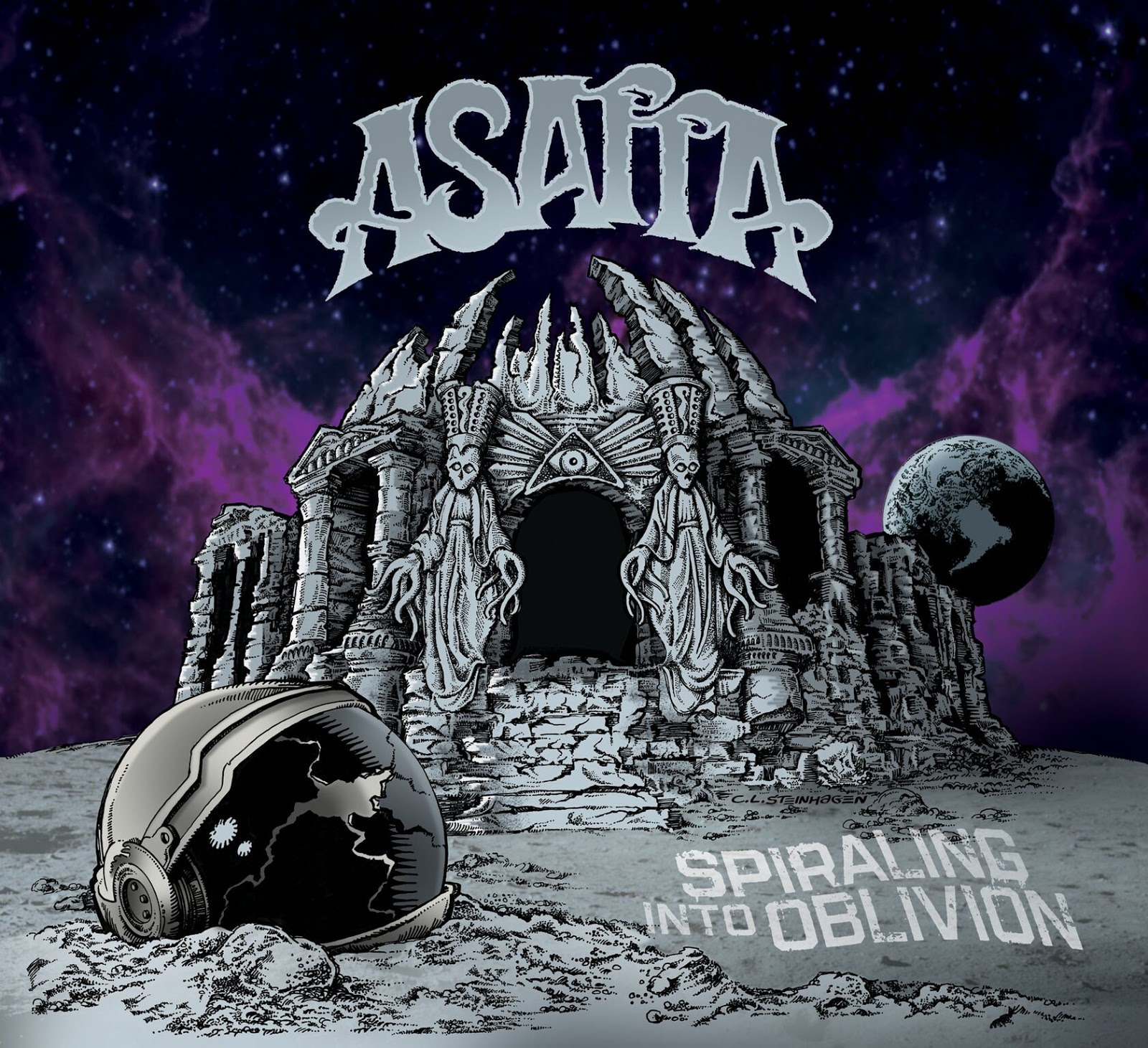 It’s been far too long since I have had a moment’s peace and quiet to sit down and check out some new music, so as soon as I saw our RAMzine promo-list I snapped at the opportunity knowing things are about to get a whole lot busier as we come to the end of the festival season and lots of live shows and tours are announced.

One thing I do love is a bit of doom/sludge/stoner, whatever the hell you want to call it. It’s been such a fantastic year for the genre; we have had festivals like Desertfest return again that celebrates artists old and new in this specific area; we have had an amazing live show by the legends that are Sleep with none other than the magnificent Conan in support who are leading the pack for the UK; The Underworld has played host to some incredible shows such as Primitive Man as well as the most recent, Sumac. There is just no denying it, things are good for the genre and they are only looking to get even better.

Enter Asatta with their brand-spanking-new album Spiralling Into Oblivion. I knew absolutely nothing of this band when it came to sitting down and checking out this new release – sometimes it’s nice to do that, to walk into something with a clean palate and just enjoy something without judging it beforehand, and if I am completely honest, Asatta make it so very easy to enjoy.

From the get-go, it’s everything you expect from a doomy, sludgy sounding band; like the opening track ‘Dials’ with its limited notes and oh-so-slow intro until things are kicked up a notch. One thing I do love on the album as a whole is the vocals, which sit perfectly in the mix  made up of gloriously down-tuned guitars and distorted bass.

The influences can easily be heard in this record, especially when deep into it. Songs such as ‘1678’, ‘She Died A Long Time Ago’ and the track that closes the album, ‘Son Of The Mourning’, are almost homages to some of the greats like Electric Wizard, Sleep and Cathedral. Dare I say, the latter also boasts shades of Crowbar when it comes to the riffs. It’s an effort that fits very well with what’s going on in that part of the metal scene at the moment. It’s slow, it’s crushingly heavy and it will damn well have your head nodding.

There is plenty on this album for doom fans – even those that are not fans of the genre could well find that there is something in it for them also. Throughout, the vocals go from downright dirty and angry, to some great singing. The guitars and the bass provide that harsh and incredibly groovy riffing without relinquishing their heaviness; one can only imagine just how great this would sound live.

Having listened to Spiralling Into Oblivion, however, it’s a record that shows no sign of weakness, a record that gives an instant feel of a band that have been doing this forever, and the sound of a band that knew exactly what it wanted to sound like and have nailed it.

I will personally be keeping a close eye on these guys (and girl!), and I think you should too!